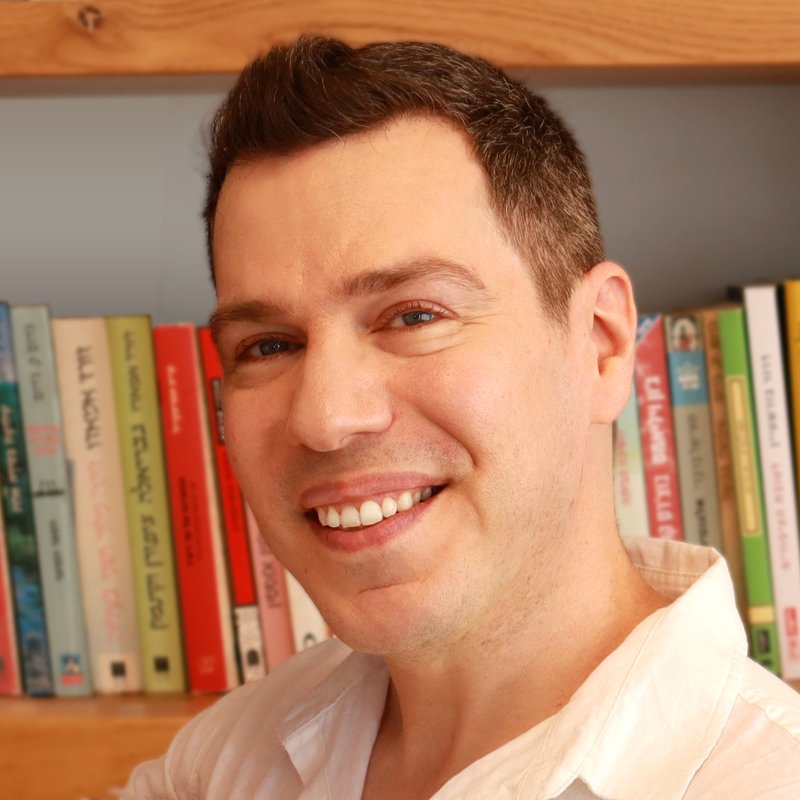 Founder of the meditation group ha'Mind Muar and a student of Culadasa. Has been teaching and developing training programs for groups and individuals professionally for over two decades.

I was born in Israel in 1979; I live in Ramat Gan (a walking distance from Tel Aviv), my native language is Hebrew, and I'm glad to share the story of my spiritual journey.

Success, Suffering, and the Search for Answers

When I was 24, I was first exposed to "Personal Development" in its western form, closely related to the American "Coaching Culture." I was completely captivated by its ideas: "Be an achiever! Get out of your comfort zone! Follow your dreams! Set goals! Do more! Get more! Be more!".

Inspired by this attitude, I left my day job and started my own business, doing what I loved most back then - teaching how to produce electronic music, a passion I carried since my early teenage years. I built my dream studio, met talented musicians, built myself a reputation, made lots of money, had the best toys, and even got the six-pack I always wanted. By western standards, I managed to check all the boxes necessary to be considered "a true success story."

After about ten years of ever pushing onwards to get bigger and better in every possible way, some cracks began to appear in that paradigm: in 2007, I lost my father to cancer, later caught a nasty virus that impaired my vision and life's fragility became even more evident when three of my students passed away, some of them as young as 18. One had died of terminal illness, another was killed in a car accident (which may have been a successful suicide attempt), and one was brutally murdered in a terrorist attack.

These traumatic experiences made me question the value of the way I was living my life. Ok, so I'm running like a little hamster ever more efficiently on my exercise wheel - but where is it all going? What meaning does it have if everybody (myself included) is inevitably heading towards old age, sickness, and death? And what is this strange existence, anyway? What game are we playing here? How on earth did I get here, and who am I, for crying out loud?

Tormented by these questions, I found myself at the beginning of a challenging depressive existential crisis that went on for well over two years. During that time, I tried anything that carried a promise to offer some kind of relief - Maybe the answers lie in Psychology? Perhaps Philosophy? Maybe Science? Maybe I should make Art, or travel the world? Enjoy the pleasures of the senses, meet new people, or work on my leadership skills?

Each of these adventures provided me with valuable gifts for which I'm truly grateful. And yet, after every peak experience, as I was going to bed and turning off the lights, I found myself time and time again facing the same sinking feeling: "It's all for nothing, and I'm hopelessly alone."

Entering the World of Meditation

Things changed for the better in late 2015, when I first heard about Buddhism and meditation. I learned that The Buddha was a flesh and blood teacher (not a god), who dealt with the very same questions 2,500 years ago and apparently found a permanent solution to human suffering.

Motivated by that promise, I began meditating an hour a day, learned as much as I could about Buddhist wisdom, and went to several long retreats every few months.

In the summer of 2017, I was fortunate enough to discover The Mind Illuminated, written by Culadasa. The book completely revolutionized my practice. I can confidently say that only then I truly began meditating. Prior to that, I was mostly sitting with my eyes closed, hoping for the best.

Following TMI's Elephant Path, the progress was rapid and exponential. In less than two months of practice, I was first able to maintain my attention on the meditation object for one continuous hour without getting lost in distractions or mind-wandering, a feat I first feared to be utterly impossible.

During that time, I was living and working in California, about half an hour south of San Francisco, so I had a golden opportunity to fly over to Arizona and meet Culadasa in person. I stayed at Cochise Stronghold for a 13-day self-retreat and meditated under Culadasa's direct guidance. During that retreat, I went through an excruciating Purification of Mind, confronting my deepest fears, traumas, and insecurities both on and off the cushion. Luckily, Culadasa was there to assure me I was on the right path, giving just the support I needed patiently and compassionately.

I did exactly as instructed, and on the 10th day of that retreat, the practice matured to Stage 8 of The Elephant Path, characterized by perfect equanimity, profound tranquility, intense joy, vivid awareness, and effortlessly sustained single-pointed directed attention. It was the first stage of Nirvana, a direct experience of true peace.

During that Nibbanic state, I remember being amazed: nothing physical had changed in the universe - not my health, not my bank account, not my circumstances, and not the facts of life that had caused me to be anxious for so many years. And yet - there I was, completely at peace, joyous and fully content.

The experience provided conclusive evidence that the Buddha truly knew what he was talking about. Before the retreat, I thought Nirvana was only there in fairy tales, meant for someone else but not for me - and then I saw her face and became a believer. Not a trace of doubt in my mind. Right there, I decided to do whatever it takes to complete the path, and the meditative practice became the most important aspect of life.

Confident in my ability to continue independently, I said goodbye to Culadasa and returned home, filled with optimism and motivation. I meditated for three hours every day, 90 minutes in the morning and 90 minutes in the evening. These efforts were fruitful, as in early 2018, was the first arrival at Stage 9 of The Elephant Path, repeating in every long retreat I've taken since and occasionally in daily practice.

On the 3rd of October 2018, with cinematic precision, on the very last evening of an eight-day retreat, precisely one year after meeting Culadasa, the practice matured to Stage 10. Ever since that day, there's a continuous experience of liberation from suffering that's not subject to passing away.

First, this was not a "personal" achievement. The "self" was revealed to be nothing more than an illusion. Awakening didn't happen because I was wiser, more intelligent, or more special than anybody else. It was the inevitable result of the meditative process reaching maturity, like a flower in bloom or a tree yielding fruits. There is no one to applaud, and no applause is necessary.

Secondly, it became evident that if there is no "self," - then logically, there is no "other." The core conscious experience is the very same in every human being.

In my first Vipassana retreat, back in April 2016, Goenka said in one of his evening discourses that once someone reaches enlightenment, all he does is teaching the Dharma. Hearing that, I remember thinking (from the depth of my then-present depression): "What on earth is he talking about? If I ever get out of this suffering, I'll be at the beach, drinking margaritas!"

But when Awakening did finally occur, bringing suffering to an end, it became evident that it's not enough to have the neural network within "my" specific skull fully unified. Anywhere in the world where suffering occurs, that's "me" right there, hoping to be saved! So, therefore, the best thing I could possibly do with my time is to guide the way out of misery to all those seeking to find it, all the instances of "me" asking for relief.

A few weeks later, I contacted Culadasa, asking him to verify it truly was an awakening experience and not just another illusory trick of the mind. I described my journey and experience in great detail, and Culadasa confirmed that indeed it was an arrival at "Fourth Path" (or "Arahanthood," as called in certain traditions). After congratulating me, he asked what I planned on doing next. In reply, I expressed my desire to become a teacher and actively share the path to liberation with others. Culadasa told me that's what he too would like to see me do and invited me to join his Teacher Training Course.

The Course began in early 2019, during which I founded the meditation group ha'Mind Muar (Hebrew for "The Mind Illuminated"), and taught TMI to Israeli students. In late 2020, the group grew international, providing guidance and support in English to meditators worldwide, who set their mind to reach the same reasonable, attainable goal of complete, permanent, and unconditional liberation from all suffering.

Should you wish to join us on this journey, you're warmly invited.